8 Bad Habits that Crush Your Creativity and Stifle Your Success

“The brain is a wonderful organ. It starts the moment you get up and doesn’t stop until you get into the office.” ~ Robert Frost

It’s a myth that only highly intelligent people are creative.

In fact, research shows that once you get beyond an I.Q. of about 120, which is just a little above average, intelligence and creativity are not at all related. 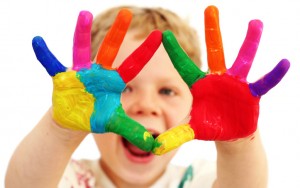 That means that even if you’re no smarter than most people, you still have the potential to wield amazing creative powers.

So why are so few people highly creative?

Because there are bad habits people learn as they grow up which crush the creative pathways in the brain. And like all bad habits, they can be broken if you are willing to work at it.

Here are eight of the very worst bad habits that could be holding you back every day:

1. Creating and evaluating at the same time
You can’t drive a car in first gear and reverse at the same time. Likewise, you shouldn’t try to use different types of thinking simultaneously. You’ll strip your mental gears.

Most people evaluate too soon and too often, and therefore create less. In order to create more and better ideas, you must separate creation from evaluation, coming up with lots of ideas first, then judging their worth later.

2. The Expert Syndrome
This a big problem in any field where there are lots of gurus who tell you their secrets of success. It’s wise to listen, but unwise to follow without question.

Some of the most successful people in the world did what others told them would never work. They knew something about their own idea that even the gurus didn’t know.

Every path to success is different.

3. Fear of failure
Most people remember baseball legend Babe Ruth as one of the great hitters of all time, with a career record of 714 home runs.

However, he was also a master of the strike out. That’s because he always swung for home runs, not singles or doubles. Ruth either succeeded big or failed spectacularly.

No one wants to make mistakes or fail. But if you try too hard to avoid failure, you’ll also avoid success.

It has been said that to increase your success rate, you should aim to make more mistakes. In other words, take more chances and you’ll succeed more often. Those few really great ideas you come up with will more than compensate for all the dumb mistakes you make.

4. Fear of ambiguity
Most people like things to make sense.

I once had a client who sold a product by direct mail. His order form broke every rule in the book. But it worked better than any other order form he had ever tried.

What I do know is that most great creative ideas emerge from a swirl of chaos. You must develop a part of yourself that is comfortable with mess and confusion. You should become comfortable with things that work even when you don’t understand why.

5. Lack of confidence
A certain level of uncertainly accompanies every creative act. A small measure of self-doubt is healthy.

However, you must have confidence in your abilities in order to create and carry out effective solutions to problems.

Much of this comes from experience, but confidence also comes from familiarity with how creativity works.

When you understand that ideas often seem crazy at first, that failure is just a learning experience, and that nothing is impossible, you are on your way to becoming more confident and more creative.

Instead of dividing the world into the possible and impossible, divide it into what you’ve tried and what you haven’t tried. There are a million pathways to success.

6. Discouragement from other people
Even if you have a wide-open mind and the ability to see what’s possible, most people around you will not. They will tell you in various and often subtle ways to conform, be sensible, and not rock the boat.

Ignore them. The path to every victory is paved with predictions of failure. And once you have a big win under your belt, all the naysayers will shut their noise and see you for what you are — a creative force to be reckoned with.

7. Being overwhelmed by information
It’s called “analysis paralysis,” the condition of spending so much time thinking about a problem and cramming your brain with so much information that you lose the ability to act.

It’s been said that information is to the brain what food is to the body. True enough. But just as you can overeat, you can also overthink.

Every successful person I’ve ever met has the ability to know when to stop collecting information and start taking action. Many subscribe to the “ready – fire – aim” philosophy of business success, knowing that acting on a good plan today is better than waiting for a perfect plan tomorrow.

We’re all a product of our experience. But the limitations we have are self-imposed. They are false limits. Only when you force yourself to look past what you know and feel comfortable with can you come up with the breakthrough ideas you’re looking for.

Be open to anything. Step outside your comfort zone. Consider how those in unrelated areas do what they do. What seems impossible today may seem surprisingly doable tomorrow.

If you recognize some of these problems in yourself, don’t fret. In fact, rejoice! Knowing what’s holding you back is the first step toward breaking down the barriers of creativity.

How about you? What mental habit has been hardest on your creativity? Let us know in the comments how you’ve handled it.

About the Author: Dean Rieck is one of America’s most creative advertising copywriters. He shares his writing and freelancing experience at Pro Copy Tips.

8 Bad Habits that Crush Your Creativity and Stifle Your Success appeared in Copyblogger.com

Every single day you, and most other people, are being bombarded with more than 3,000 marketing... 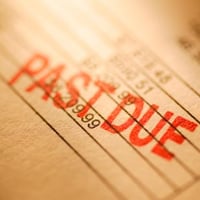 Protecting Your Business With Credit Policies And Procedures

If you were in the money lending business would you hand over money to people without arranging a...

Finding Acres Of Diamonds By Marketing In Your Own Backyard

Acres of Diamonds is an old story of an African farmer who sold his farm and wandered the...