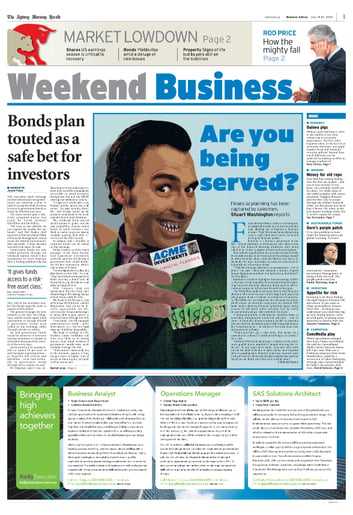 Fiona Bateman of Dolman Bateman & Co, Forensic Accountants was recently interviewed by Stuart Washington of the Sydney Morning Herald, in relation to the conflicts associated with providing financial and investment advice where the industry is structured to sell products rather than advice.

An extract of the article is below and you can click on the picture to view the full article.

Fiona Bateman freely confesses to being embarrassed about the one-month course she took allowing her to become a financial planner. "I did this lousy financial planning course, such a low-level course, to enable me to give financial advice."

Bateman is a forensic accountant in her firm Dolman Bateman, in Chatswood, who takes a dim view of the financial planning profession after being called in by courts to assess numerous financial plans.

She took the qualification because she wanted to help the people she saw in her work repair the damage caused by other financial plans. And she blames one factor in particular for poor outcomes: an industry structured to sell products rather than advice.

Bateman's criticism highlights the continuing conflict at the heart of the majority of Australia's financial planning industry: financial planners being paid to sell investment products rather than the advice they give.

BATEMAN RECENTLY CONDUCTED A court-appointed review of five different financial plans for a disabled man awarded $14 million. The range in fees was $20,000 a year to $200,000 a year. The family was initially predisposed to the slickly presented $200,000 plan.

"The reason he was preferred was he was the better salesman," Bateman says.

She found after careful investigation that the $20,000 plan was by far the most sensible for the requirements of the disabled man. But it took all of Bateman's forensic accounting skills to fully work out the annual costs from the statement of advice that was charging $200,000 a year.

"The costs were all over the place," she says.

Bateman has also calculated the net gain for a woman who went to a financial planner who advised her to switch her $200,000 from a 5.7 per cent term deposit to a riskier 8 per cent-a-year mortgage fund.

What the planner failed to tell the woman was that over a six-month period, after commissions, she would be $289 better off. The fund has since suspended redemptions. "It's likely she will lose it all," says Bateman. 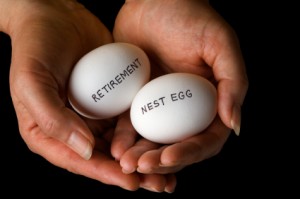 In this month's Webinar, Fiona Bateman  and I are examining actions against financial planners and... 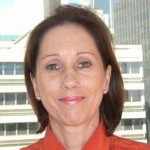 On the 22nd of August this year, Fiona Bateman, a director at Dolman Bateman was featured on the... 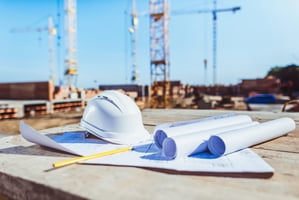 Accounting for the Construction Industry

Let us do the numbers for you.  Are you a builder, plumber, contractor, carpenter or an owner of a...