The High Court  in Husher v Husher (1999)  197 CLR 138 found that the plaintiff was entitled to recover the total profits of the partnership as being representative of his earning capacity.

The plaintiff was a self employed block layer operating in a 50/50 partnership with his wife. His personal exertion and activities resulted in 100% of the earnings of the partnership. His wife's only contribution was minor bookkeeping and message taking tasks.

There were two alternative views, one that the plaintiff was only entitled to 50% of the profits of the partnership in accordance with the tax structure. The other alternative was that he was entitled to 100% of the profits adjusted for the value for the wife's contribution to the business. The later prevailed, in essence because the plaintiff is being compensated for his loss of earning capacity rather than his loss of earnings.

The principles of Husher & Husher can be applied to other corporate structures such as companies and trusts, where the plaintiff's skill and labour generates the income of the business. This is particularly the case in the construction industry, where most are employed as sub-contractors through a company structure. The most common structure is now companies rather than partnerships.

In preparing an economic loss using the principles set down in Husher & Husher it is necessary to establish:

The application of Husher & Husher is more difficult when the business is a trading business or has a significant capital component. It would then be necessary to establish the link between the plaintiff's earning capacity and the operation and profitability of the business. 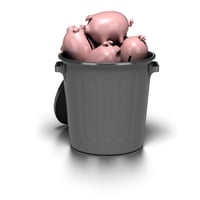 “Far too many times in this industry have we seen individuals with little to no actual training –...

Co-Owned Businesses – Giving Employees A Stake In The Company

The connection between productivity and morale is a demonstrated fact in the business world. Lack...

The collapse of Timbercorp & Great Southern has hurt Financial Planners.  The editor of Asset - The...